The existing process required campaign finance forms to be submitted by vendors as PDF documents. These submissions would then be manually processed and data inserted into an MYSQL database.

This submission process was time-consuming, increased the opportunity for human error, and made it hard for the state’s employees to update information. Due to field relationships between the forms, the state employees needed to update the same information in many places, leading to data duplication and lengthy work processes.

Once the information was submitted into the state’s system, the vendors did not have a consistent way of accessing existing campaign finance data or submitting new data.

The state chose to implement a solution that uses MuleSoft’s Anypoint Platform and Salesforce. The automated solution would include a web front-end for the vendors to submit the form data, automated data validation, and storage of the data in a SaaS solution that would permit state employees to access and modify the data easily.

In the solution, MuleSoft was used to create an Experience API that would allow vendors to easily submit XML versions of the same PDF forms that they had already used. These forms would then be handled by a Process API which would validate the form's contents, passing back any errors and canonicalizing the data. This canonicalized data would then be sent to the System API, which would insert the information into Salesforce. A MuleSoft app was also created to handle batch processing for especially large forms that needed to be hand-validated before being inserted. Using Salesforce, state employees could view, add, or change data as necessary.

This solution met all of the state’s requirements.

The solution is being deployed for an initial set of campaign finance data submission forms. The vendors are excited about the newly released integrations as it allows them to get instant feedback on their form data instead of sending it and waiting for a manual review.

The state employees have an updated process that reduces human error and duplicate data entry. They also have a consistent view of the data by using Salesforce, which also adds a security layer that restricts access to the data based on the employee’s role.

The solution also reduced the state’s IT team’s technical debt as the existing custom front-end/back-end code and MYSQL database were no longer needed. 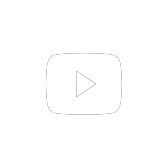 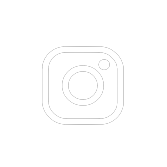